The city Mumbai, known as Bombay until 1995, is a great port city, situated on the west coast of the Indian peninsula. It is one of India's dominant urban centers and, indeed, is one of the largest and most densely populated cities in the world.The city's superb natural harbor provided a focal point for sea routes crossing the Arabian Sea, and Mumbai soon became the main western gateway to Britain's expanding Indian empire. The city emerged as a centre of manufacturing and industry during the eighteenth century. Today, Mumbai is India's commercial and financial capital, as well as the capital city of Maharashtra State.

Mumbai hosts a variety of major attractions for Indian natives, as well as visitors from overseas. The most popular of these attractions is the rock-cut temples of Elephanta Island in Mumbai Harbor. Many sightseers travel to the island by boat from Apollo Bunder, the location of another famous attraction, the Gateway of India arch. Other sites of interest include the Crawford Market, the bazaars of Kalbadevi and Bhuleshwar, the Parsi Towers of Silence, and Haji Ali's Mosque. 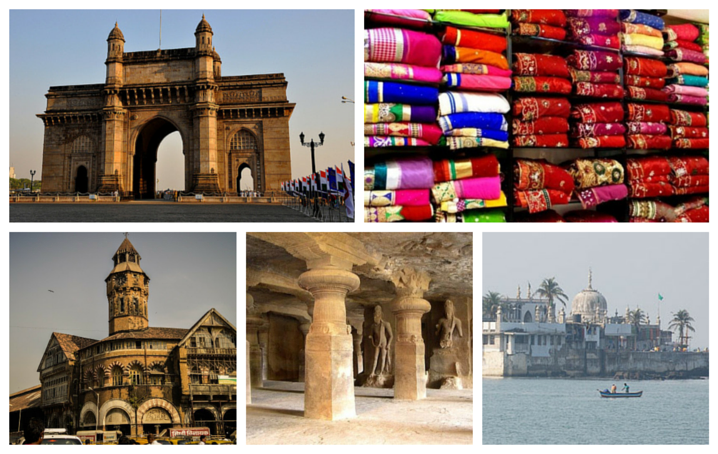